Underway in the Pacific

The Officer of the Deck has the Conn.

HILBERT a Cannon Class Destroyer Escort successively engaged in the following operations of World War II in the Pacific Theater of Operations.

(2) WESTERN CAROLINE ISLANDS OPERATION:
(a) Capture and occupation of southern Palau Islands (6 September - 14 October 1944).
(b) Assaults on the Philippine Islands. 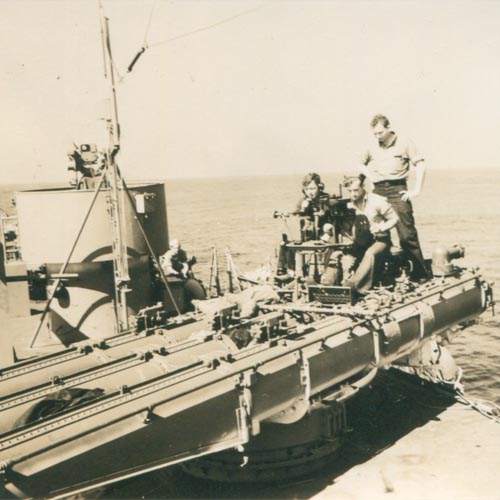 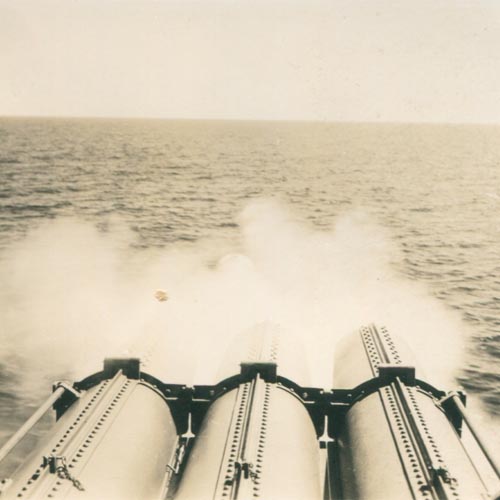 Men of the Hilbert on a break, refit, resupply on Enewitok, Marshall Islands. 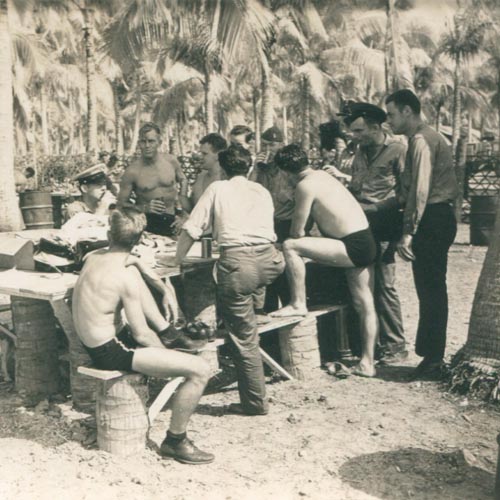